Man Who Set Himself on Fire

5/30 5:05 AM PT — The man died from his injuries Wednesday night in the hospital … according to cops.

Authorities also identified him as Arnav Gupta of Bethesda, MD. He was 33 years old and his family had reported him missing on Wednesday morning.

It’s still unclear if Gupta had any specific motive … however, cops in Maryland had said in a media release early Wednesday — prior to his self-immolation — that they were “concerned for Gupta’s physical and emotional welfare.”

12:09 PM PT — According to the emergency dispatch audio — obtained by TMZ — the man suffered burns on 85% of his body. There was also a suspicious package on fire near the man which was extinguished.

11:35 AM PT — A law enforcement source tells us the man was transported to the hospital with “life threatening” injuries.

A man set himself ablaze in a park near the White House and was only saved — for the moment — by cops who quickly surrounded and extinguished him.

The unidentified suspect was taken down by cops Wednesday afternoon in D.C. and he was fully engulfed in flames. It appears he might have had some sort of protective suit on because he was not collapsing as he strolled across the lawn with the Washington Monument in the background … and less than a mile from 1600 Pennsylvania Ave. 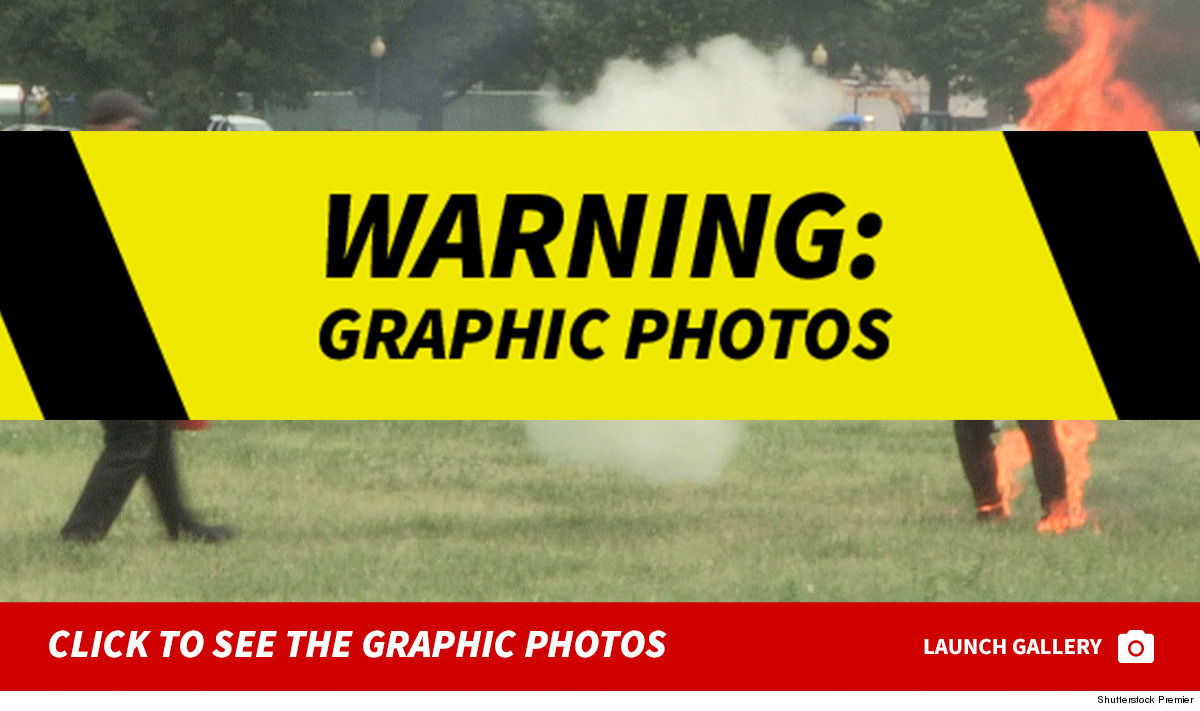 You can see cops rushed in with extinguishers, and law enforcement tells us he was immediately taken into custody and rushed to a hospital. More than 70 officers swarmed the area from multiple agencies. Although several tourists were in the area … no one else was injured.

The Secret Service is aware of the incident, saying some of their personnel are on the scene.

It is unclear what the man’s condition is right now.