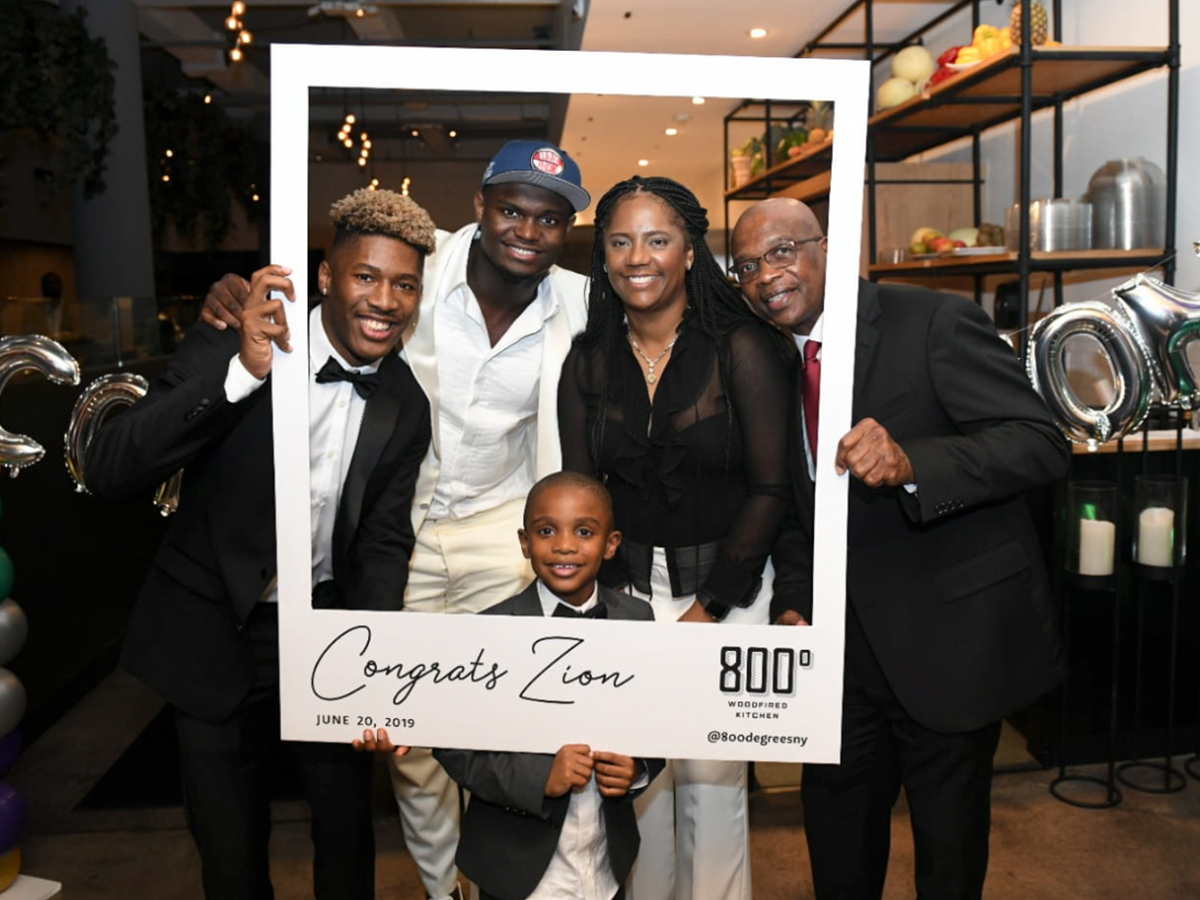 PIZZA PARTY!! That’s how Zion Williamson — the hottest pro basketball prospect since LeBron James — turnt up after getting picked 1st in the NBA Draft!!

After leaving Barclays Center — mobbed by fans and with an NYPD escort — Williamson and his fam and friends hit up 800 Degrees Woodfired Kitchen in NYC for a Mardi Gras-themed bash.

(Yeah, good thing the New Orleans Pelicans picked Zion … ’cause if they didn’t, that would’ve been a very awkward party.)

We’re told the restaurant — which was shut down to the public — served up a bunch of pizzas, burgers, salads and seafood for the superstar baller and his crew. They also had a pop-a-shot in the house.

Zion wasn’t the only hooper in attendance … Cleveland Cavaliers point guard Collin Sexton — the 8th pick in last years draft — stopped by to congratulate his buddy.

The bash was the cap to an emotional night for Williamson … who broke down and started crying while thanking his mom after getting picked.

The party didn’t stop til around 1 AM … when Zion finally called it a night.

FYI — 800 Degrees is pretty popular with the NBA crowd … Dwyane Wade and Udonis Haslem own the Miami location.

What’s better than pizza? Pizza after you just made 40 MILLION DOLLARS!!